San Francisco-based Corelight has announced a $25 million Series B funding round, filling its coffers to boost its efforts in commercializing the open source Bro network security monitor.

Developed in 1995, Bro was created to study complex patterns in internet traffic in high-performance environments. It has been supported by a host of government agencies, including grants from the National Science Foundation.

Corelight has built its products on top of Bro, giving government agencies and large enterprises a way to make sense of the traffic they see on a daily basis. The company’s products support incident response, threat hunting, and other forensic capabilities. 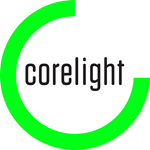 “The question today isn’t if the bad guys have access to your network — they do — but instead, what they’ve done once they’ve gotten in,” said Steve Herrod, managing director at General Catalyst and Corelight board member. “Corelight helps security professionals get to breach impact and remediation faster.”

The company says it plans to use the money to fund a host of business initiatives, including product development, research, sales, and marketing with the aim of delivering new capabilities for network defense.

“Over the past year we’ve greatly expanded our product line and enjoyed significant commercial traction,” Corelight CEO Greg Bell said in a release. “More organizations are turning to Corelight to provide detailed, real-time data for network defense. This new investment will help us address their needs faster and more comprehensively. We are just getting started.”

With the funding round, the company has raised $34.2 million since the beginning of 2017.