Thomas Hicks has been tapped to chair the Election Assistance Commission, an agency that is considered central to protecting the U.S. election infrastructure from cyberthreats, the commission announced on Friday.

Reuters reported on Thursday that Republican House Speaker, Rep. Paul Ryan, decided not to recommend former chairman Matthew Masterson for a second term as one of the EAC’s four commissioners. Commissioners are recommended by congressional leadership, nominated by the president and confirmed by the Senate.

According to Reuters, some state officials were surprised that Masterson was not considered for a second term as commissioner, given that he has focused much of his tenure on cybersecurity. 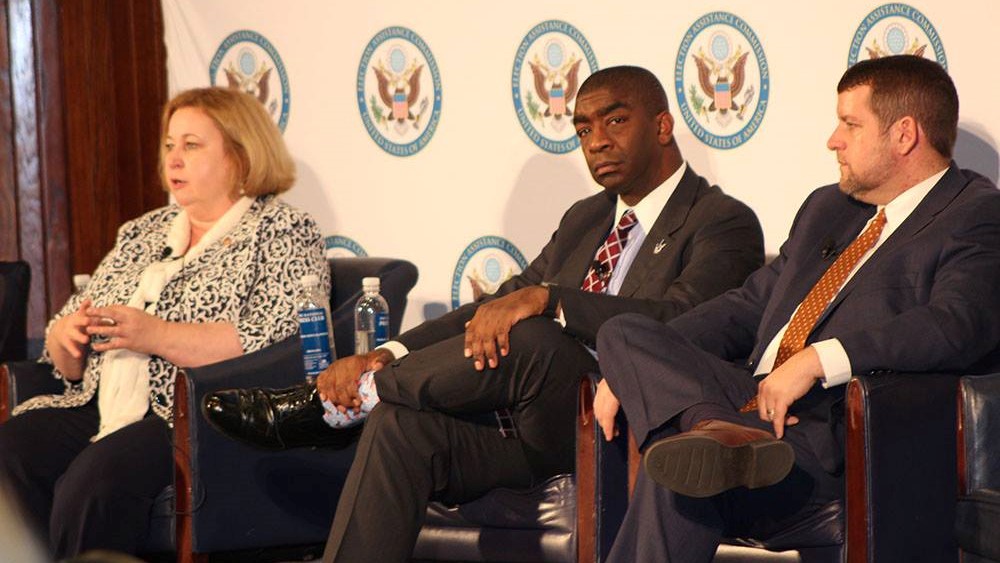 “I was working on [Capitol] Hill when the Help America Vote Act was first implemented. I am proud that more than 15 years later, this commission remains a vital resource for state and local election administrators, voters and stakeholders. I plan to spend the coming year as chairman strengthening the support we provide to these constituents and working to ensure elections are accessible, secure, and efficient,” Hicks said in a press release.

The VVSG are voluntary standards by which makers of election equipment and software can test their products for functionality, security and accessibility. The guidelines were last updated in 2015.

“The vast majority of voting systems purchased using HAVA funds are more than a decade old and election administrators from across the nation are facing concerns that stem from this aging voting equipment,” the press release says.

HAVA created the EAC in 2002 and provided state and local authorities with funds to replace older punch card based voting systems.

“The EAC will remain a trusted federal partner in the work to secure voting systems and election facilities, including ongoing efforts to ensure the Department of Homeland Security’s decision to designate election systems as part of the nation’s critical infrastructure provides a tangible benefit to election administrators,” the press release says.

In addition to the critical infrastructure designation, DHS created a working group consisting of federal, state and local officials to coordinate election security efforts. Hicks and Masterson both serve on the working group, known as a government coordinating council. DHS also created a parallel sector coordinating council whose members include representatives from election infrastructure vendors.

Masterson will remain as a commissioner for the rest of his term. Commissioner Christy McCormick will take Hicks’s former role as vice chair. The fourth EAC seat is vacant.