Watch out if you’re an information security professional with an active LinkedIn page: You may be targeted by a shady group looking to map security researchers’ social graph.

A blog post from Finland-based cybersecurity firm F-Secure shows how some unidentified group is sending out LinkedIn invitations to infosec professionals. After a number of researchers at F-Secure received requests, they decided to investigate.

Yonathan Klijnsma, a researcher at Netherlands-based Fox-IT, also received messages from the group and chronicled them in a number of tweets. 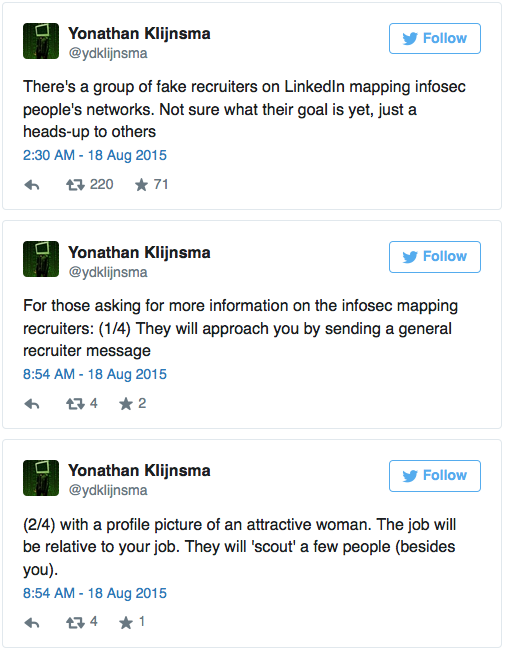 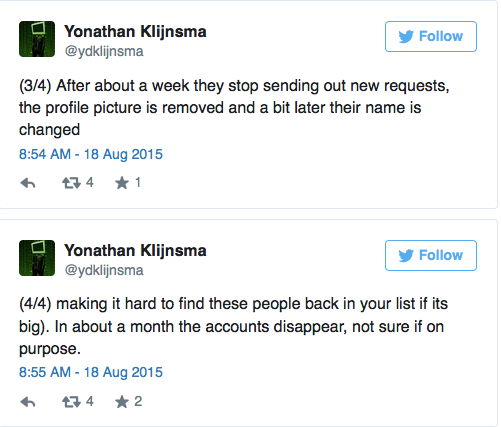 F-Secure found that the images used by the group on LinkedIn were taken from other LinkedIn profiles or Instagram accounts. The “company” also uses a logo that was stolen from a different site.

The researchers haven’t found any sort of malicious activity tied to the group, but the information they did uncover was enough to raise a few red flags.