As the threat of cyberattacks looms over Europe in the months preceding several crucial elections, Alphabet subsidiary companies Jigsaw and Google announced Tuesday the launch of a security tool package to help election organizers and civic groups ward off hackers and other forms of digital interference.

The announcement comes one day after FBI Director James Comey told lawmakers that he fully expects Russian intelligence services to continue interfering in the U.S. electoral process because of their apparent success in 2016.

Known as “Protect Your Election,” the Google-Jigsaw cybersecurity software package is designed for use by a nontechnical audience and it will be provided for free to groups in France, South Korea, Germany and counties with subsequent elections, according to Jigsaw, the corporation’s tech incubator.

Among other capabilities, the toolset provides technology to help stop distributed denial of service, or DDoS, attacks, spot phishing emails and better protect passwords. DDoS-style attacks work by leveraging a network of infected devices to simultaneously flood a specific web property with artificially manufactured internet traffic. This sort of surge in web traffic can cause a site or other online service to be inaccessible for normal users.

In the past, DDoS attacks have been used against election monitors and news organizations in Myanmar, Malaysia, Ecuador, Mexico, Montenegro and the Netherlands. The disruption caused by these attacks can lead to misinformation and confusion.

Just last week, two Dutch voter information websites, KiesKompas and Stemwijzer, were knocked out by a DDoS attack that was responded to by Google and Jigsaw. Dutch election officials told Reuters that the malicious web traffic appeared to have come from various nations. The identity of the attackers remains a mystery.

In October, Google launched an identification tool to combat the spread of so-called “fake news,” named the “Fact Check tag,” ahead of the U.S. election. The tag functions as a label that appears in the expanded story box of Google News search results. By employing an algorithmic process known as ClaimReview, stories found in Google’s search results are linked to reputable fact-checking articles and other comparative websites — allowing for a comprehensive view of a single story from multiple sources.

Facebook has also taken steps to censor false narratives and digital propaganda by recently deploying a verification system to warn users that they might be sharing an inaccurate news article. 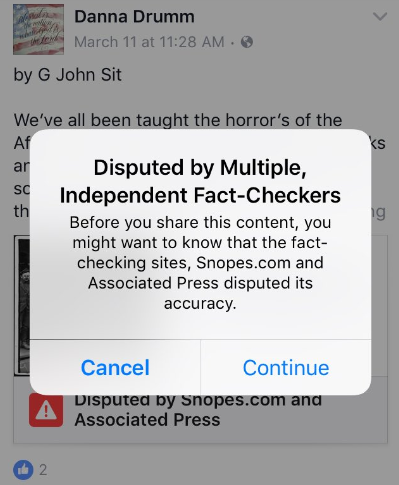 “A big difference to me in the past was while there was cyber activity, you never saw — in previous elections — information being published in such a massive scale that had been physically removed both from private individuals as well as organizations associated with the democratic process, both inside the government and outside the government,” said NSA Director Adm. Michael Rogers, who testified Monday alongside Comey before the House Intelligence Committee.