Almost two-thirds of American consumers welcome advances in artificial intelligence and machine learning, and cybersecurity is among the areas where assistance from AI has the most appeal, according to a new survey.

Sixty-three percent of consumers agree AI will “help solve complex problems that plague modern societies,” according to the survey, published Tuesday by the accounting and consulting firm PwC. When respondents were asked about different kinds of issues that AI might help with, 68 percent highlighted cybersecurity and privacy, while 66 percent chose its importance in helping to solve cancer and other diseases and 71 percent agreed AI could provide educational help to disadvantaged schoolchildren.

“Despite the doomsday scenarios painted by Hollywood and news media, most consumers are optimistic about AI’s potential for good,” states the report, titled “Bot.Me: A revolutionary partnership.”

On the other hand, almost half of respondents — 46 percent — said they believe AI will harm people by taking away jobs. And 23 percent believe it will have more serious, negative implications.

Even those optimistic about the future of AI predict that it will replace human workers. In the next five years, more than half can imagine AI assistants replacing humans as tutors (58 percent), travel agents (56 percent), tax preparers (54 percent), and office assistants (52 percent). However, consumers still have doubts and/or reservations about AI becoming home assistants, financial advisers, chauffeurs, or doctors. 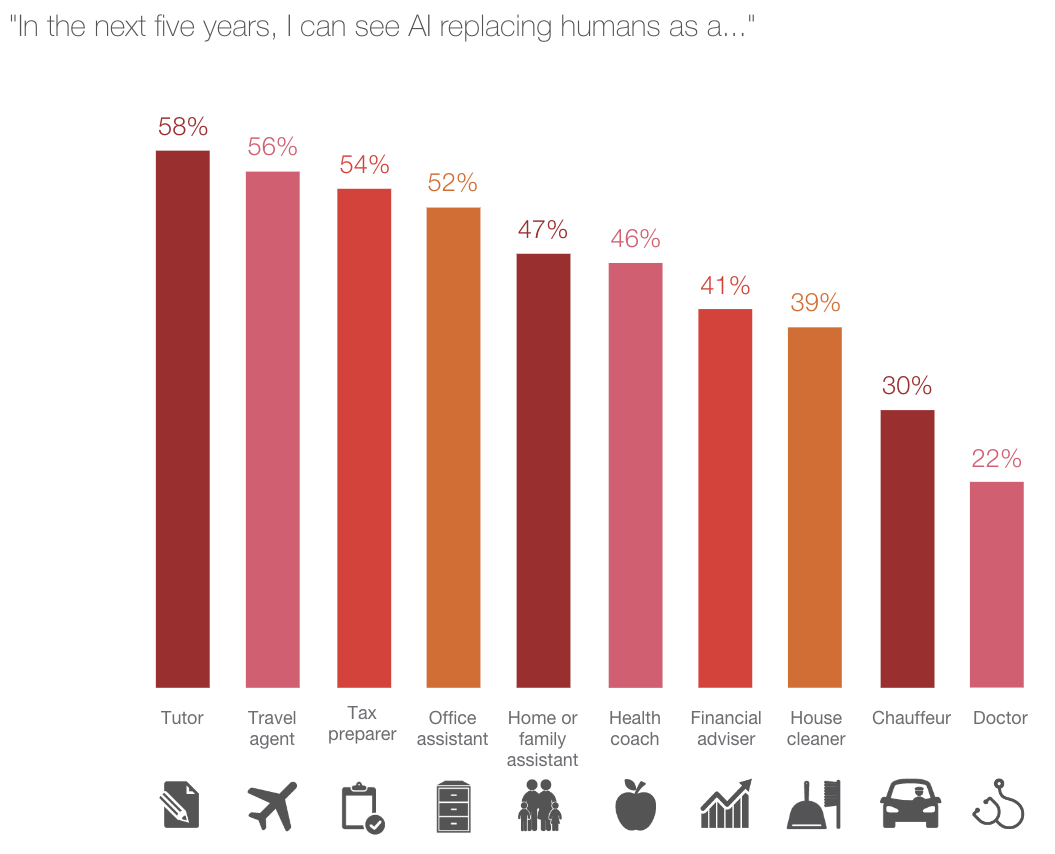