“Phantom’s employees and technology significantly expand and strengthen Splunk’s vision for the security nerve center and for business revolution through IT,” said Doug Merritt, Splunk’s president and CEO. “Splunk is committed to continuously pushing the limits of technology to help our customers get the answers they need from their data.”

The cybersecurity world has been buzzing about Phantom over the past two years. The company was named the Most Innovative Startup at the 2016 RSA Innovation Sandbox contest. It has raised nearly $23 million in funding since 2015. 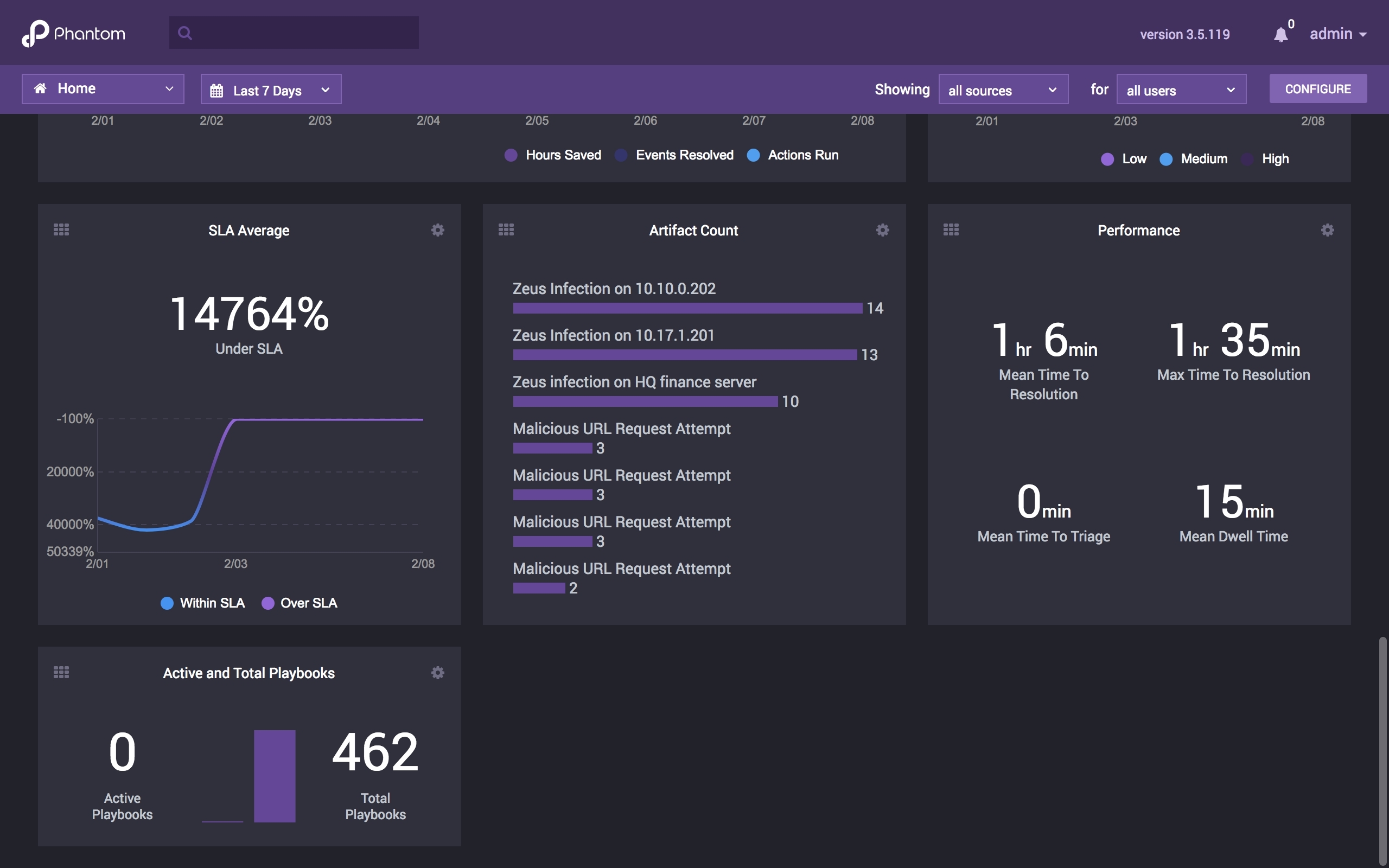 A screenshot of Phantom’s dashboard. (Phantom)

“Sourabh Satish and I founded Phantom to give SOC analysts a powerful advantage over their adversaries, a way to automatically and quickly resolve threats,” said Oliver Friedrichs, Phantom’s co-founder and CEO. “Combining [Security Orchestration, Automation and Response] with the industry’s leading big data platform is a revolutionary advance for security and IT teams and will further cut down the time it takes them to eliminate threats and keep the business running.”

Splunk has been on an acquisition spree. The company acquired two smaller companies, Rocana and Signal Sense, in October. The Phantom deal is Splunk’s largest acquisition to date.

The deal is expected to close during the first half of 2018. Friedrichs will report to Haiyan Song, Splunk’s senior vice president and general manager of security market.

Check out our conversation with Haiyan Song from the 2017 RSA Conference.