The latest draft of the Open Web Application Security Project’s list of Top 10 software vulnerabilities, a replacement for the draft that caused such pushback earlier this year, includes three new categories of security flaws.

The three new vulnerability categories are:

The new categories were derived from more than 40 vulnerability datasets submitted in response to an OWASP data call; and from 515 responses to a questionnaire emailed to members of the security community.

The top two on the canonical list — injection vulnerabilities, like those found in SQL databases and broken authentication and session management — remain unchanged from the last version, published in 2013.

Sensitive data exposure moves up from sixth to third, and cross site scripting (XSS) falls from third to seventh.

Another two have fallen off the top ten altogether:

The draft replaces one that provoked a firestorm of protest when it was issued in May, with people accusing the authors of nepotism and corruption on social media. Those authors subsequently resigned and handed the update task to a new team.

The list was first released in 2003 and has been updated roughly every three or four years. 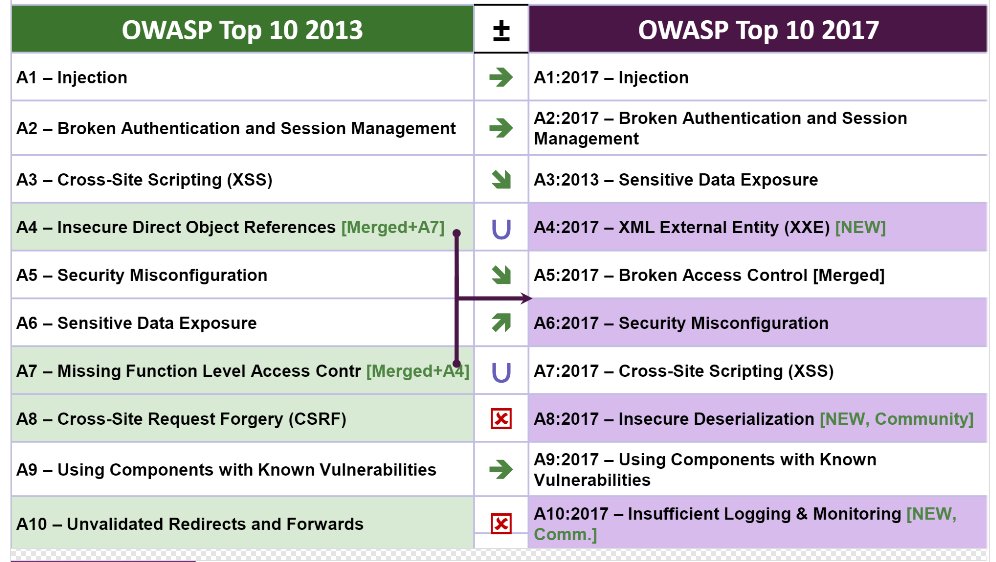