Malvertising spiked 132 percent in 2016 over the previous year, reinforcing the notion that ad blockers are a crucial cybersecurity tool to protect against hackers delivering malware through ubiquitous ad networks run by companies like Google and Facebook.

A new report from RiskIQ warns that “because of its highly targeted nature, malvertising offers a big return on investment for its practitioners.”

Malvertising as a digital threat is particularly effective as it’s difficult to detect and take down malicious ads because they are delivered through ad networks such as Google and Facebook and not resident on web pages. Threat actors use malvertising to propagate malware, ransomware, and scams (disingenuous advertising), as well as redirect victims to phishing pages and pages hosting exploit kits.

Additonally, Use of ad blockers has jumped year after year in the United States, with the total number expected to rise in 2017. 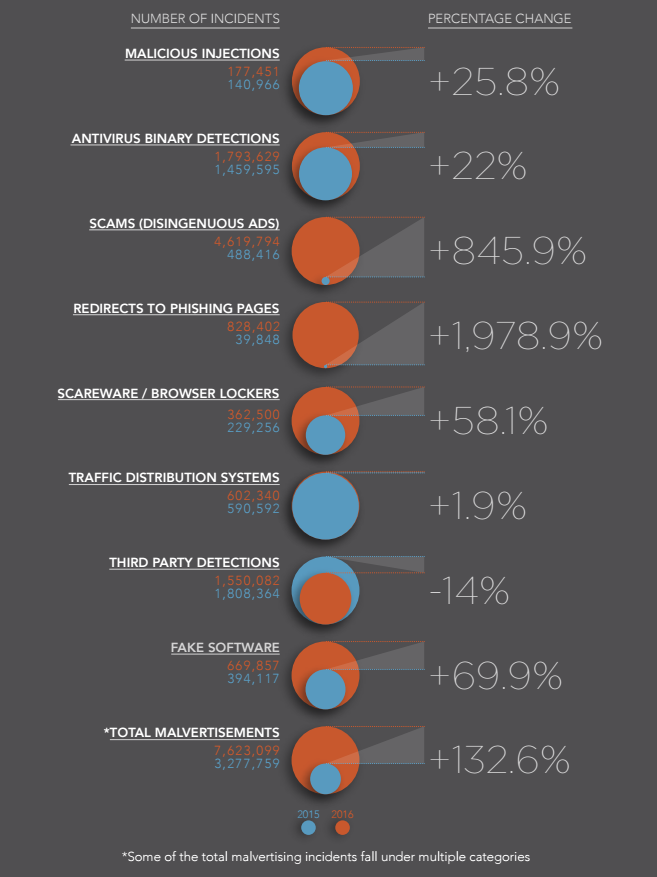 While ad blockers provide a layer of security, they directly threaten the traditional advertising model that supports much of the free internet.

While a large portion of Google’s revenue comes from traditional web advertising, Mozilla is seeing a business advantage to valuing privacy and securit. Mozilla’s Firefox has offered an increasing number of options for blocking ads and trackers built into the browser. That doesn’t automatically make Firefox more secure than Chrome, but it illustrates how Mozilla is thinking about the future of the web.