Bob Kolasky, head of the National Risk Management Center at CISA, announced Tuesday that he is leaving the agency.

Kolasky’s work with the NRMC since its formation in 2018 has put him in the middle of the federal effort to help critical infrastructure companies assess their cyber risk. He’s also been active in a lot of other agency business. 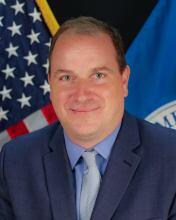 Kolasky hasn’t announced his plans after leaving the center, nor has CISA named a successor.

Easterly said Kolasky has been an “outstanding leader at CISA,” and praised him further on Twitter.

It’s been a real pleasure working with @BobKolasky—a true risk management visionary. He built the NRMC from scratch to be one of the crown jewels of @CISAgov, helping drive down systemic risk to the nation. We’ll miss him but wish him great luck in his next adventure! Well done! https://t.co/DeMaPvYgBv